As an annual practice, we had our start-off service on 19 January 2023. The National Theme is “A New Beginning” based on Isaiah 43:18,19. Our invited speaker, Rev Benedict Rajan, without prior knowledge and led by the Holy Spirit preached on the same theme. Glory to the Lord. The sub-theme for the region is “One Day: One Act”.

It was a special event, not only because it was to start the new year with a new zeal, but this service saw the introduction of 2 new leaders. Samuel Tan stood down as the Southern Regional Director and is replaced by Desmond Lee. Desmond is an IT lecturer married with 2 children. John Liew took over as the new Chapter President of the Joshua Generation.

Samuel also announced plans for the region for 2023. Among them are ministries at various churches particularly the Iban churches, continuation of the Waybox Project till June, the setting of the JB Trailblazer Chapter, The Borneo Chapter and the Tamil Chapter.

The service ended with individual prayers and prophesies for all present. Some younger men expressed willingness to join us as members. Praise the Lord. 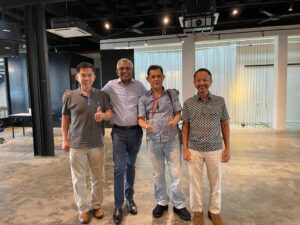 A new location for a new chapter 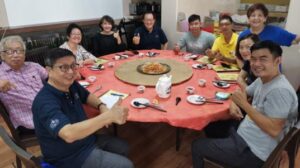